Zen has been marketed as a teaching of greater fundamental realization than the study and practice of Buddhist Concept.
Thus we sometimes hear of only Zen, rather than Zen Buddhist Practice.
This has proven to be very dangerous. 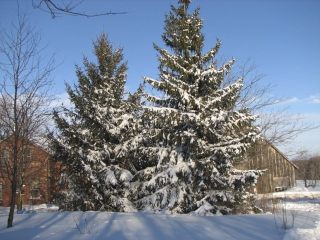 The Sanskrit (Western) word Dhyana is the root of what over time became the Chinese word “Chan”, the Japnaese word Zen, and the Korean word Sohn. All are all lingual transformations of the root Dhyana.
Its original meaning is one of a meditative mind of full absorption where the senses retract near a point of falling away. Thus we see this word used in Hindu as well as Buddhist texts.

Dhyana is inseparable to Buddhist Realization.
There can be no true realization of Buddhadharma without it. However, divorced from Buddhist concept charted in The Sutras (the recorded teachings of The Buddha), such a practice and its samadhis can diverge infinitely far from the Buddha’s transcendence of craving, suffering, birth and death. Thus they can become ineffective at best and very dangerous at worst.
This danger has been realized in many places practicing Zen at the expense of the study of Buddhist Concept.
Therefore, it is of the utmost importance that Dhyana (Zen) practice is illuminated by The Sutras such as The Maha Vaipulia Avatamsaka Sutra (The Great Universal Flower Ornament Sutra).

Within the Buddhist pantheon of Enlightened Beings, the current timeless Buddhist teaching is that of Shakyamuni Buddha who lived and died approximately 2,500 years ago. Before him were Buddhas (Enlightened human beings) who taught in previous world ages (or cycles) long past. There will also be Buddhas teaching in future ages.

The appearance of Zen as an independent teaching is in itself a mirage.

All Indian, Chinese and pre-Meiji Japanese masters were Buddhist practitioners (usually monks) whose business was the practice of The Buddha’s Way of Liberation for all sentient beings. Their daily lives took the form of meditating using methods of practice, sutra recitation and study. It is human nature that these things, as well as social and institutional positions of recognition, respect and authority become clung to as a reward in place of true liberation, no matter how many times and places in the Sutras it is stated that such things are delusions.
Therefore, Masters have used simple direct words and actions emerging from their own realization to put worthy disciples in a state of Dhyana where there is little choice but to come to Enlightenment. These words and actions have been recorded over time and are called Hua-tous in Chan, or Koans in Zen.
These records were not intended to be put into a system and called a practice, as they were in post Meiji Restoration Japan. They were recorded in order that a practitioner may reflect deeply on them in order to privately test their own realization, and further arouse the Mind That Seeks the Way. 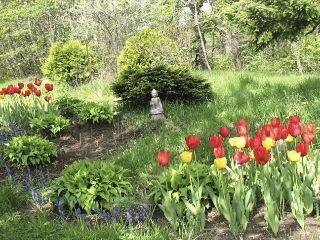 For this they are invaluable.
By putting Hua-tous into a system of teacher approval of student interpretation, an undeniable shallow vortex of manipulation by teachers and competitiveness amongst practitioners is at once opened. There have been many unfortunate examples of the effects of this practice in North America alone.

Ultimately, it is up to you whether you are truly free from the clutches of joy and affliction while immersed in their experience.

Being told by someone else that you are enlightened is like being told you are having fun. The common effect derived from this event is to attempt a continnum of behaviour and words not generated by whatever mind true fun emerges from.

In such a mental desert, acts generating stimulation are sought in a hollow attempt to both demonstrate one is having fun, as well as seeking what is thought to be fun.

At the Flower Ornament, under the guidence of Master Laughing Cloud, we practice for practice’s sake.

This is having fun without the need of external recognition 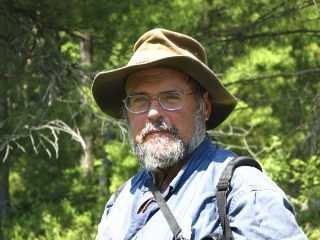 Master Laughing Cloud (P.F. Martin) is a lay Dhyana Buddhist Master and author of “Taking The Buddha’s Teaching” .
From the very beginning, he made it his good fortune to be born into a painfully troubled family.

“Taking The Buddha’s Teaching” is an autobiographical account of a life journey along the Path of Buddhist Realization.
For anyone seriously yearning liberation from affliction, this book illuminates the truth that, no matter what obstacles are encountered, Dhyana Practice is Enlightenment.